My Cure for Impostor Syndrome in 1985 – and Now I facilitated my first impostor syndrome workshop in 1985.

Titled Impostors Fakes and Frauds: Issues of Confidence and Competence for Women it was based largely on the findings from my doctoral research.

Since then, some things have changed.

For starters, for many years workshop attendees were almost exclusively female students, engineers, professors, attorneys, physicians, and other professionals. No surprise when you consider impostor syndrome is one of the few psychological issues first thought to be specific to women that was later found to impact men too.

But in the past decade especially, I’ve seen a marked shift. Not only are more people who identify as male attending my talks, but in some cases, men make up half the room.

(A far cry from 2006 when Inc. magazine had to look to me to help them find a successful male entrepreneur to admit to impostor feelings.)

However, when I began my doctoral research in the early 80s, impostor syndrome was still thought to be a female issue.

Instead, I wanted to understand the internal barriers as well as the socio-cultural expectations and realities that might lead women to feel like impostors.

My research consisted of in-depth interviews with 15 professional women – a majority of whom were women of color.

Subjects worked in human resource or training roles in a range of environments including corporate, education including state and Ivy League colleges and a women’s technical training school, a career guidance center, and a program designed to help older women entering or re-entering the paid work world.

Since my focus was women naturally, my conclusions and resulting recommendations for designing educational and other solutions were aimed at helping this audience as well.

Fast forward 36 years and thousands of speaking engagements later and although the solutions I put forth in 1985 are essentially the same as those I offer today, there is one difference.

Now I know the crux of my original findings applies to everyone with impostor syndrome:

Take for instance this passage from the Summary and Conclusions section of my dissertation. If you replace “women” with “people who feel like impostors,” the core problem – and solution – remain the same. Issues related to performance (meaning here how women experience themselves relative to success, failure, and competence) were considered critical in comprehending the ways in which women may limit themselves occupationally.

For example, women are frequently stymied by a definition of competence which presumes that they must perform with perfection and that furthermore, this must be done without the aid of others.

The expectation too is that in order to competent, they must demonstrate expertise in all endeavors and in multiple roles. As a consequence, women often attach a certain mystique to those they deem to be competent and hence, dismiss themselves as inadequate by comparison.

The yardsticks people who feel like impostors use to measure their own failures and successes are similarly warped. Failures become internalized, achievements are externalized.

Worse, women typically do not feel they have the right to fail nor to succeed. Fearing the real and imagined cost of failure as well as the perceived price and responsibility of success, they are left in a kind of achievement limbo.

By over-identifying with one, under-identifying with the other, feeling entitled to neither and fearing both, they are denied an accurate, internalized picture of their own abilities which, ultimately renders them unable to learn from their failures, embrace their successes, and exorcise the erroneous and crippling view of themselves as intellectual impostors.*

I’d been aware of Stanford psychologist Carol Dweck’s research for many years.

But it was not until 2007 when she published her brilliantly accessible book Mindset that I fully realized just how closely Dweck’s extensive qualitative findings tracked with what I’d discovered years earlier through my own qualitative research.

In brief, Dweck found that people who hold themselves to unrealistic standards, who become fixated on being “smart” and experience shame at failure — something she refers to as a “fixed mindset” – score higher for impostor feelings.

This notion that how you define and experience competence, success, and failure has everything to do with how confident and competent you feel is something I’d preached for decades.

Other things have remained consistent. Like the well-documented and persistent confidence gap between men and women.

And the connection between internal feelings of fraudulence and systematic factors.

The same external expectations and realities I cited in 1985 continue to cause women, people of color, first-generation students or professionals, people with disabilities, and indeed, anyone on the receiving end of stereotypes about competence and intelligence to be especially susceptible to fraud feelings today.

A related constant is a need for organizational solutions to impostor syndrome much along the lines of those I laid out in a 1986 edition of Executive Female magazine. We do need systemic changes.

In fact, no one should be speaking or coaching on impostor syndrome if they’re not talking about the larger intersection between it and diversity and inclusion or about the ways organizational culture can fuel self-doubt.

In the meantime, if you’re among the majority of people who experience impostor syndrome, you don’t have to wait for systemic or organizational change to start applying the same core “cure” I recommended in 1985 and today, namely:

Not only is adjusting how you think about competence, failure, and success bar none the fastest path to interrupting impostor syndrome, it won’t happen unless you do. 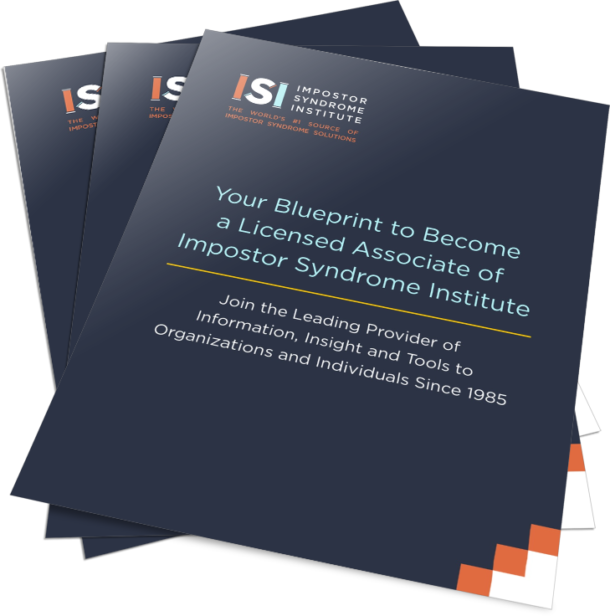